Enterprising People is very proud to organise Hyndburn Business Awards. Our aim is make it an annual showcase for the achievements, quality and diversity of the local businesses and enterprising people who make Hyndburn such a great place to live, work and visit.

Hyndburn Business Awards 2019 culminated in June. 290 people filled the Ballroom at Accrington Town Hall to celebrate the achievements of this year’s  finalists. Our congratulations to Accrington Stanley Football Club and Accrington Stanley Community Trusts, who were joint winners of the Beacon Award this year. We received a record breaking 704 nominations for 234 different businesses, people and associations. To find out who was nominated, go to our news pages.

The finalists for HAwards19 can be found here.

The winners for HAwards19 can be found here.

We thought the response in 2017 was great, but 2018 trumped it big style! We received 639 nominations, the highest figure ever. 164 businesses were nominated. 14 local people, clubs and societies were nominated for Pride of Hyndburn. The winners were announced to a packed audience of 270 at the ceremony on the evening of Tuesday June 19th at Accrington Town Hall.

A huge vote of thanks to all our sponsors, but most especially thank you to everyone that took the time and trouble to nominate in record numbers for the Awards in 2017. We received a bumper crop of high quality entries, which made the job of the judging panel extremely challenging. You can find the list of HAwards17 finalists here. The winners were announced at the ceremony, which was held in the ballroom at Accrington Town Hall on the evening of June 13th 2017. It was a full house again, and was a magnificent celebration of local business and enterprise. The full list of winners, along with photographs from the ceremony, can be found here.

The ceremony took place on June 14th 2016 in the magnificent ballroom at Accrington Town Hall. The official results can be found here, along with photographs from the ceremony.

We’ll be running the Trophy Design and Make competition with local schools again in 2018. For an insight into how local schools got involved to design and make the trophies used at the 2016 Hyndburn Business Awards, see this article.

Congratulations to all HAwards19 nominees.

Congratulations to all HAwards19 finalists.

Congratulations to all HAwards19 winners. 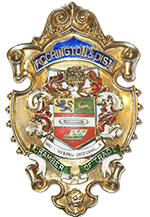